Japanese Studies Spotlight: Listening to the Latest with the Japan on the Record Podcast 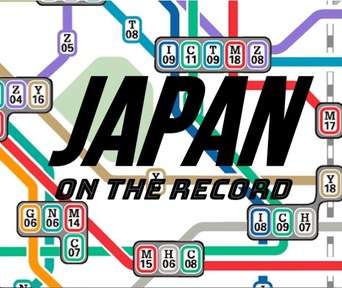 Japan on the Record is a podcast designed to provide expert scholarly analysis and reactions to events in the news concerning Japanese society, politics, and popular culture that are accessible to a popular audience, whether the casual Japan visitor or students in the classroom. The series grew out of my work on the Meiji at 150 Podcast and the Hokkaido 150 podcasts. These earlier series capitalized on the occasion of the consecutive sesquicentennials of the 1868 Meiji Restoration and the colonization of the northern island of Ainu Moshir (renamed Hokkaido in 1869) to interview scholars of Japanese history, literature, and the humanities more broadly about their related research and to introduce how they approach these topics in their teaching. As rewarding as working on these series were, I wanted my next podcast to engage more contemporary events and to embrace other disciplinary fields such as politics, economics, and other social sciences.

The primary goal of Japan on the Record, as well as all my podcast series for that matter, was to make academic expertise more widely available outside academic circles. As I have written elsewhere, the “digital turn” in academia has empowered scholars with new tools and venues for reaching beyond our classrooms and our campuses to reach broader communities around the world. At a time when scholarly expertise is met with increasing skepticism, it is incumbent on academics to embrace our roles as public intellectuals, to share our research, and to better inform the public about issues we study.

To be sure, there are many admirable examples of public outreach programs that I and other scholars of the public humanities can continue to draw inspiration from. The MIT Visualizing Cultures project has been a benchmark and a model for many subsequent digital resources, including Kate McDonald and David Ambaras’s Bodies and Structures platform and others who have contributed Japanese Studies Spotlight pieces, along with the Meiji at 150 Digital Teaching Resource compiled and edited by myself and NCC specialist Naoko Kato. The New Books Network Japanese Studies podcast and its tireless team of hosts has promoted countless new monographs through in-depth author interviews. Other academic institutions and journals are following suit with their own new podcast series, like the University of Michigan Center for Japanese Studies Michigan Talks Japan series, featuring new academic works and interviews. More recently, a new wave of scholars has expanded into even more multimedia platforms with video series like Eat, Pray, Anime, and the Exploring Premodern Japan Through Video and the Interviews with J-Horror Scholars video series, both at the University of British Columbia. All of these exemplary projects offer valuable platforms that allow scholars to better access and engage public audiences.

Still, academic research is often inaccessible to the general public for a number of reasons: it is written in dense academic language or filled with esoteric jargon and theoretical analysis; it is locked away behind journal depository paywalls or institutional library authentication requirements; or perhaps academics themselves may not always be the best public speakers. As a result, when academic work does become relevant, scholars are forced to take a back seat as journalists and pundits take the floor – and even sometimes take credit for our work. Too often, we hear stories of scholars sitting for interviews with journalists, providing hours of information and research findings “on background,” only to have minimal, if any, say in the final product. The issue is not merely one of receiving proper credit where due, but of scholars being willing and able to educate the public and to ensure that contemporary issues are conveyed with the nuance and complexity they require.

That’s where Japan on the Record comes in. My goal is that this series will be a place where listeners can go straight to the source to hear experts provide background information on current events. Episodes average about 15-20 minutes in length, starting with a short narration outlining the topic under consideration with relevant news and audio clips, before introducing the scholar or scholars featured on that episode. The remainder of the episode consists of a casual interview with questions asking the scholar(s) to react to issues in the news by drawing from their recent research. 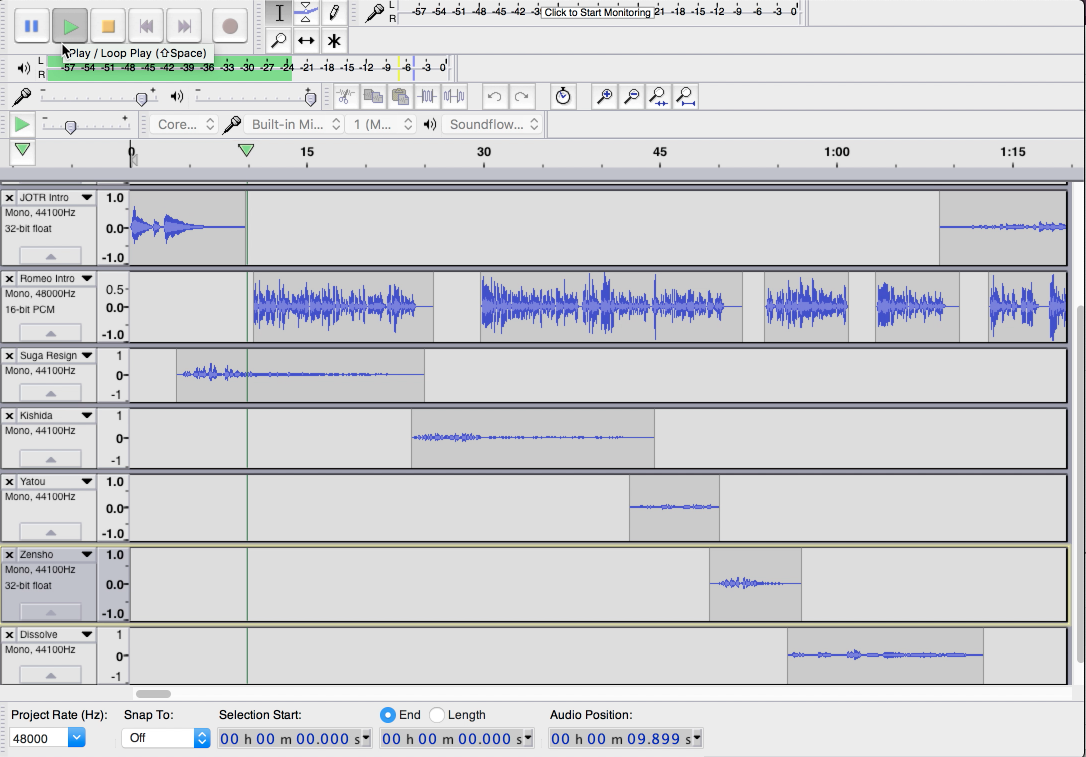 An example of sound editing for Japan on the Record

Prior to publication, I edit all the interviews for clarity, as well as add audio and music to enhance listenability, ensuring that each episode is as enjoyable as it is informational. In this way, Japan on the Record is a platform where scholars can more directly engage the public while also promoting their research to new audiences. Japan on the Record concludes with 48 episodes, covering topics ranging from media treatments of Japanese society and defense, to Japanese domestic politics, Black Lives Matter marches in Japan, race and racism in Japan, and Japanese pop culture.

With this compact format and topical coverage, teachers can easily incorporate Japan on the Record episodes into their lesson plans and classroom discussions. In my own classes, I frequently assign episodes of this and other podcast series in lieu of readings. Students have responded positively, sharing that they enjoy the change-up in course materials and find the spoken-word podcast format both engaging and user-friendly, as it allows them greater flexibility in how they can consume and process the information. I also assign “listening questions” for each episode to highlight important themes connected to class topics and to prepare students for in-class discussions. Where possible, I provide written transcripts for episodes to accompany the audio material. Students often share that what they enjoy most about listening to the episodes is hearing from the authors themselves in a casual and more personal way and getting to know the person behind the research. This is an especially rewarding aspect of producing these episodes, particularly because the goal from the beginning was to introduce academic research to new audiences, bringing scholars and their research topics and materials into more direct conversation with the public and with students through digital media.

You can find a list of all 48 episodes of Japan on the Record below, including links to the online player. You can also listen to and download episodes through Apple Podcasts, Spotify, Google Podcasts, or wherever you listen to your favorite podcasts. Thank you for listening!