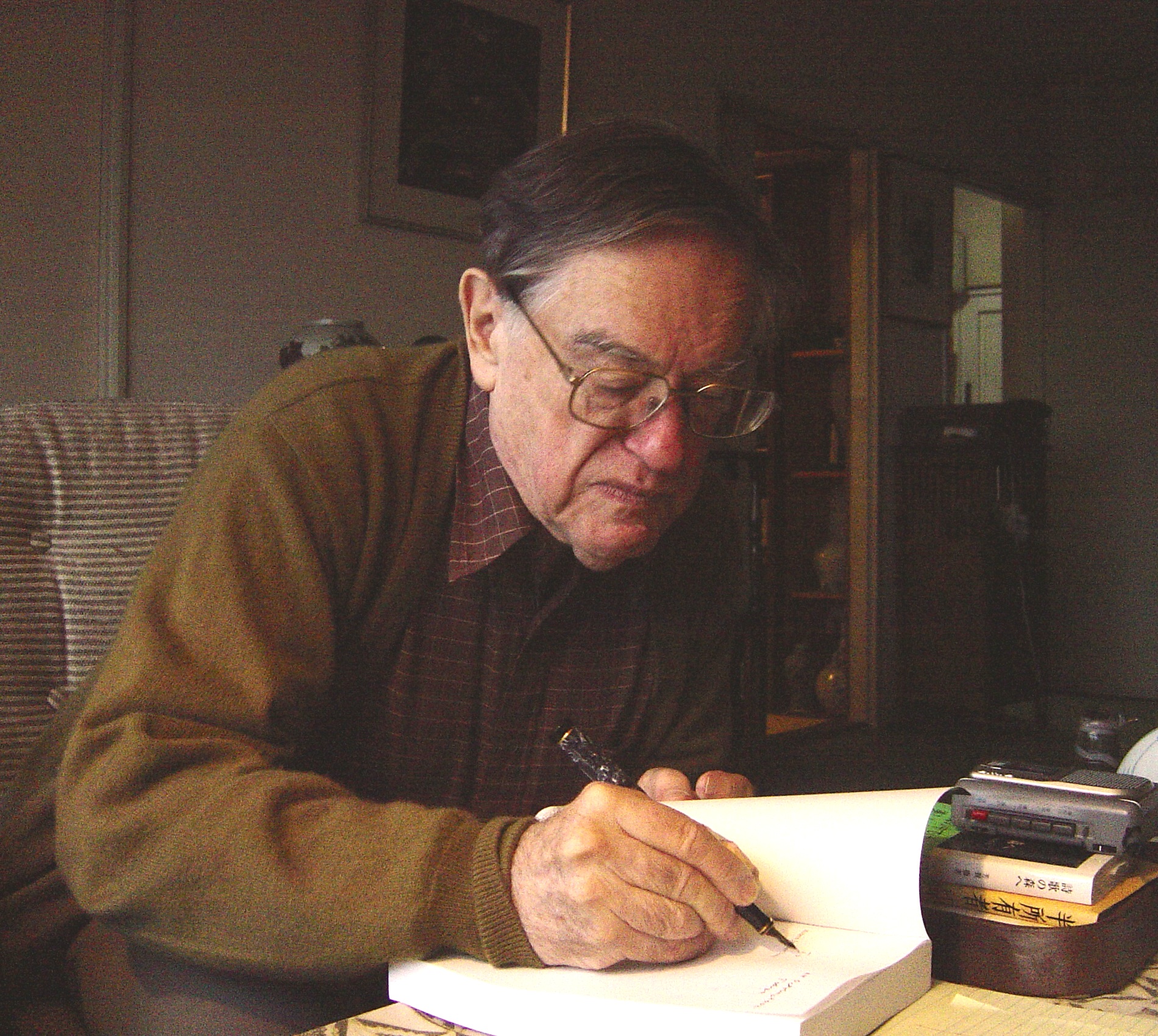 Donald Lawrence Keene was born in New York on June 18, 1922. He received his Bachelor’s degree from Columbia University in 1942, where he first encountered Japanese literature in translation. He studied Japanese language at the U.S. Navy Japanese Language School in Colorado and served as an intelligence officer and Navy interpreter in the Pacific during World War II. He returned to Columbia after the war, receiving a master’s degree in 1947 and a PhD in 1949. After studying briefly at Harvard, Keene transferred to Cambridge University, where he was a Fellow of Corpus Christi College, Cambridge until 1954 and University Lecturer between 1949 and 1955. Keene introduced Japanese literature to English-speaking audiences through his Anthology of Japanese Literature (1955) and Modern Japanese Literature (1956), and, through prolific writing and translation helped to build Japanese studies as an academic discipline in the United States. The Donald Keene Center of Japanese Culture was dedicated in his honor at Columbia University in 1986. He was also active in Japan, publishing around 30 books in Japanese. Keene was the first non-Japanese to receive a Yomiuri Literary Prize in 1985 and also the first to receive the “Order of Culture” from the Japanese government in 2008. In 2011, he retired from Columbia University and moved to Japan, acquiring Japanese citizenship. He died on February 24, 2019, in Tokyo at the age of 96.

On November 20, 2012, NCC honored Professor Donald Keene with a Lifetime Contributions Award for his lifelong efforts to enhance Japanese library collections, introduce Japanese authors to global audiences, and improve the field of Japanese studies worldwide. The award was presented at the NCC Summit on Access to Japanese Studies Resources, held at the 14th Library Fair & Forum to Expand International Cooperation in Yokohama, after Professor Keene gave a talk entitled: "My Japanese Studies, Talking with My Librarian" ライブラリアンと語るわたくしの日本研究 (see below).